How many relaunches has this blog had now? Three? Four? What if we count all the blogs that came before this one? Heck, that probably brings it up into the dozens.

But here’s another one!

Yes, after yet another hiatus, I am back. It’s been a couple of months. Since the start of May. OK, that’s more than a couple, seeing as it’s now mid-August. Sheesh. 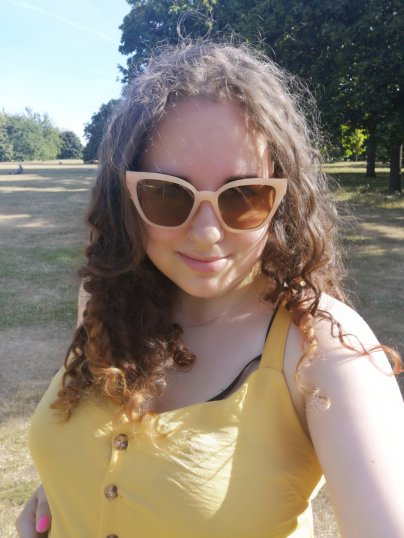 We had a whole summer in those ‘couple’ of months. It was a lovely week. I even wore sunglasses for, like, five minutes.

So why did I disappear? Well, reading back on my last post, it’s not that hard to see my somewhat manic state of mind. My head was all over the place – I was jumping from writing project to writing project, getting myself all worked up about the ‘secret project’ I was planning, trying to decide where my creativity was going to head.

Not long after I posted that, I had an incredibly busy May. I was working, volunteering, writing, parenting, partying, the works. At the start of June, I booked myself into a hotel in Edinburgh for a self-imposed ‘writing retreat’ – I locked myself in a room with a pile of snacks and a bottle of wine, and banged out eight thousand words of Karin Cluster in the space of about fourteen hours (I’ve done a lot more than that in one go before but for current-me, that was a bloody achievement). I documented the experience on a highlight on my Instagram, and it makes for quite entertaining viewing as my mind somewhat unravelled through the night. I especially enjoy the bit where I realise I have to start writing a sex scene and start swigging directly from my bottle of wine.

It was a fabulous night for me, and it did a great job of resetting me. But that much writing in one go, after so long of just pootling along? It burned me out.

My brain went from being inspired for three or four different projects at once (but unable to settle on one) to nothing. Nada. No inspiration whatsoever. My ‘secret project’ was firmly shelved, Karin Cluster got pushed right out of the way, and everything else that had been floating around my subconscious just dropped to the ground and died.

I didn’t really want to think about writing. I didn’t even want to think about anything even vaguely connected to writing – my Instagram and Twitter are in my ‘writing name’ (aka my maiden name) and I follow a lot of indie writers on both, and I barely posted on either of them. I just wanted to distance myself from the whole thing. I’d been setting myself monthly goals, but they just got thoroughly ignored.

It all came to a bit of a head in July when I tried to force myself to do Camp NaNoWriMo. I’ve done NaNoWriMo many times, but it’s been years since I’ve done particularly well at it. This Camp was always going to be a disaster. I kept telling myself I was just being super chilled about it, and even tried to bully myself into doing a photo challenge on Instagram.

I think I wrote a thousand words. That’s the lot. And I even crapped out of the photo challenge after something pathetic like five days.

It wasn’t the right time, and it probably did far more harm than good.

And now? Now I can feel myself getting back on track again. My head is a lot clearer, and I can feel my creativity starting to come back. It’s not fully there yet; when I’m in a proper, writerly frame of mind, I get so far into my characters’ heads, especially my narrators, that I might as well be them. I’m not there. But I’m rereading through my main stories-in-progress, and I’m slowly working out whose fictional mind I need to occupy next.

On which note! There are some big things coming up, in my writerly life and in my real life. My gorgeous little boy, Teddy, is growing up more and more by the day and is finally cracking potty training, and moving to a ‘big boy bed’ this week; my best friend, Naomi, is moving halfway across the world to get married; we’re going on a family holiday to Disneyland Paris.

Writer-wise, I’m in two minds about whether to put the pressure of NaNoWriMo on myself again this year, but I’ve done so well on Karin Cluster this year that I’m loathe to let it go unfinished. With a few good pushes, I could get back into it again, I think. The most listened to playlist on my Spotify is the somewhat eclectic one entitled ‘KC Inspiration’ which consists of everything from Nightwish, Halestorm, and Beast In Black, all the way to RuPaul, Kelly Clarkson, and Dodie, via Elias Viljanen’s solo albums and a Pitch Perfect medley. This fabulous mix is hopefully pulling me back into the world of Karin Cluster, to the point that I’m going to start hauling my laptop everywhere with me again, in case the muse strikes.

Oh, I forgot another big thing.

This week, I turn thirty.

In honour of this somewhat momentous occasion (honestly, it’s really not, I’m just making an excuse here) my first novel, The Bean Jar, is going on special offer! Yes, it’s 99p time, folks – go and hunt it down on Kindle and set your alarms for Friday. For a week from 0800 GMT, Friday 23rd August, The Bean Jar will be a mere 99p. Tell your friends, tell your family, do like Naomi and tell randomers by the means of sneaking my business cards into random places. Go and buy it.

We’ll call it a birthday present.